Australia has a rich history of storytelling which extends back thousands of years to our first Australian storytellers, the Aboriginal people whose oral storytelling tradition was vital for maintaining culture and identity, for passing on life lessons and the lessons of the land.  The first Europeans brought with them stories from their culture and history, which over time has been shaped and continues to evolve into what has become our national identity. Our stories reflect who we are.

The shortlisted books this year epitomise the theme perfectly. They tell the stories of ordinary Australians who are remembered for extraordinary reasons.  I was enthralled as I read about the real-life adventure of 9 year old Lennie Gwyther who rode his horse Ginger Mick from his hometown of Leongatha in Victoria to Sydney for the opening of the Harbour Bridge in 1932. I can’t imagine there would be too many parents these days who would give their blessings to their child’s wish for such an adventure.  Lennie the Legend: Solo to Sydney by Pony by Stephanie Owen Reeder was the worthy winner of this year’s Eve Pownall award. I also learned more of the service and sacrifice of men and women from vastly different cultures who served Australia in World War 1 in Ancestry: Stories of Multicultural Anzacs by Robyn Siers and Carlie Walker. Historian Clare Wright’s We are Rebels was also a fascinating read bringing to light the role of women on the goldfields and the part they played in the Eureka rebellion.  Peter Gouldthorpe’s The White Mouse: The story of Nancy Wake, provided another fascinating biography of this amazing woman and her involvement in the French resistance during the German invasion of France during World War 11. 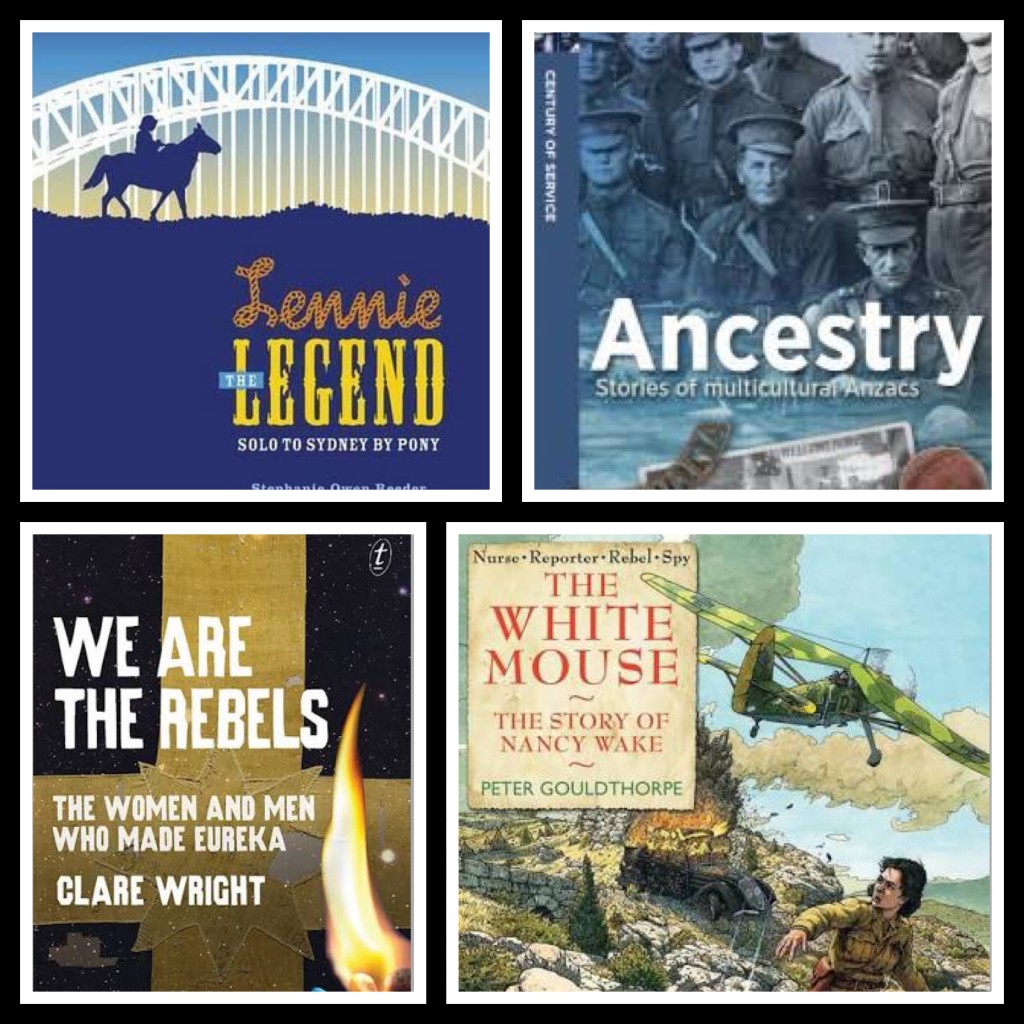 A brief look at previous winners highlights the very important role of books and libraries. Well researched and beautifully crafted books breathe life into our history, ensuring it is accessible and interesting and therefore less likely to be forgotten. Look for these titles on our library shelves. 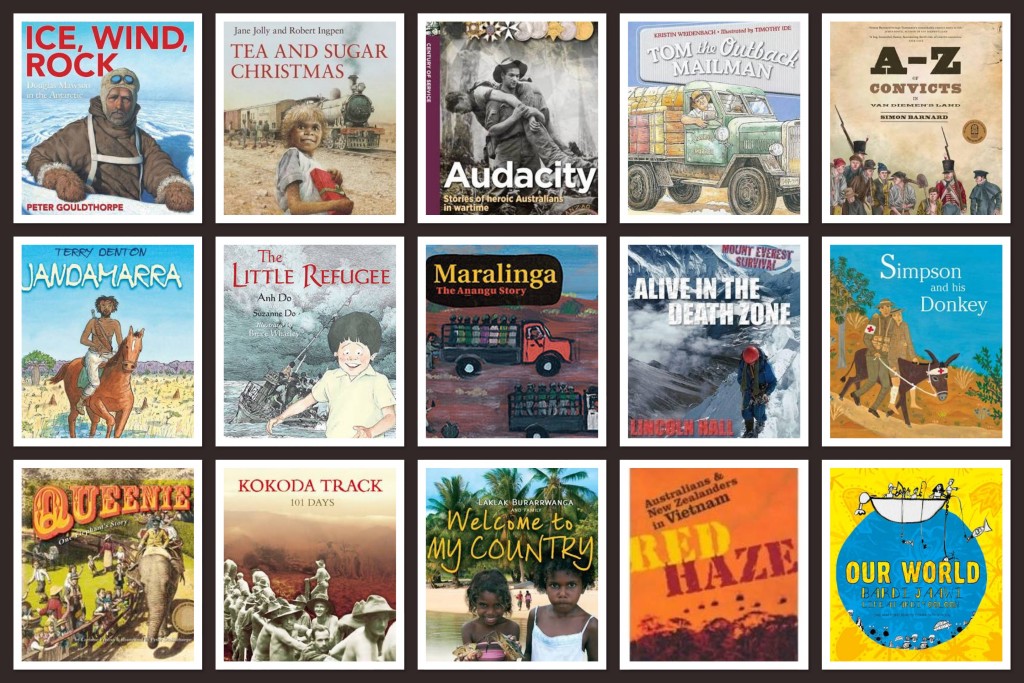