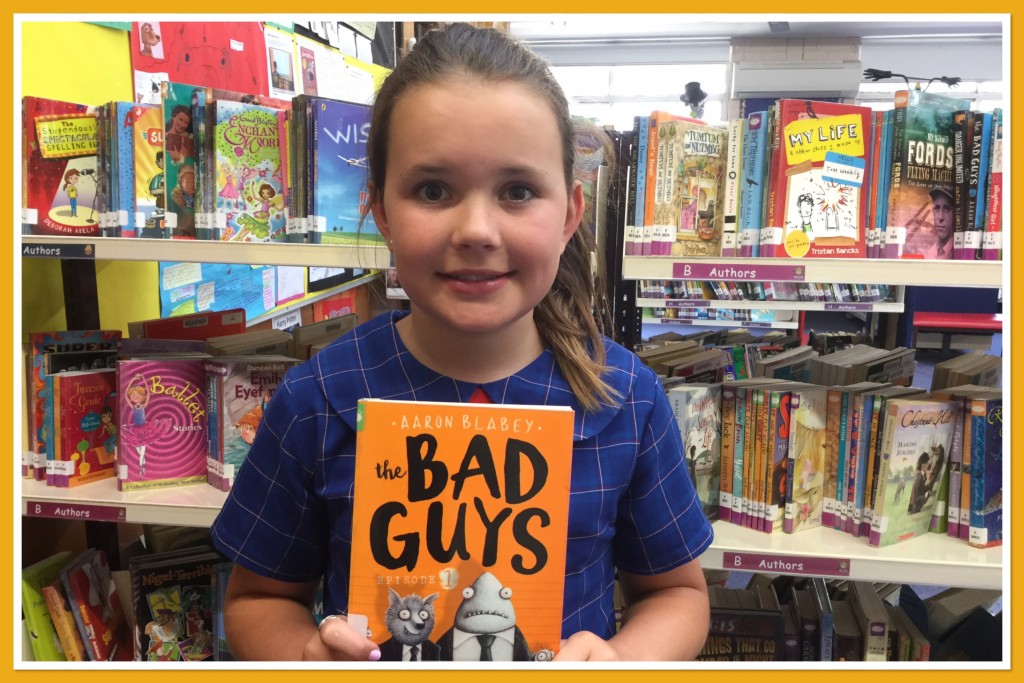 The Bad Guys by Aaron Blabey

The Bad Guys is a funny book about four bad guys Mr Wolf, Mr Shark, Mr Snake and Mr Piranha, who want to be good guys so Mr Wolf comes up with a great plan to break two hundred dog’s out of a maximum security dog pound. Mr Wolf runs into problems when his three friends are distracted and just want to eat.

I really like the book. It shows that just because someone has a bad reputation doesn’t mean that they can’t do good things. Mr Wolf was very much a bad guy but decided he wanted to change who he was. The book also shows that even though you have good intentions and try and do the right things sometimes things can go wrong. There were many times throughout the book that Mr Wolf was very frustrated.
I would recommend this book because the story was interesting and the characters were easy to relate to. One of the parts that I liked about the book was all four characters were very different in personality and they all experienced different emotions. A highlight of the book was the illustrations which were drawn with a lot of humour and made it enjoyable to read.