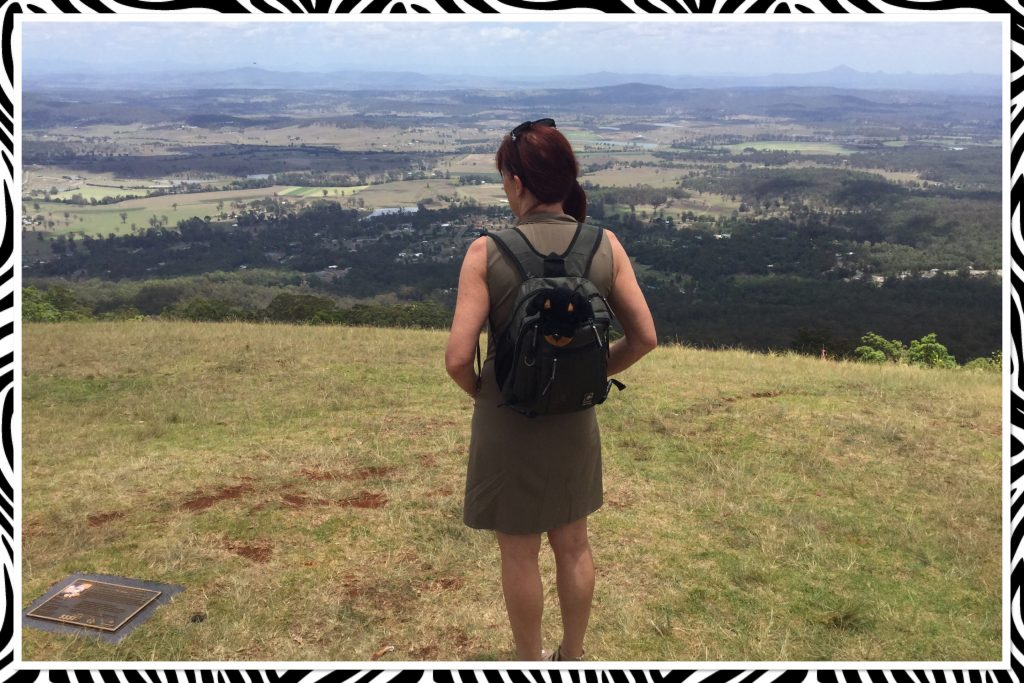 Well not really a mountain, more like a plateau.
Are you up for another challenge? Can you guess where I am today? Here are the clues. 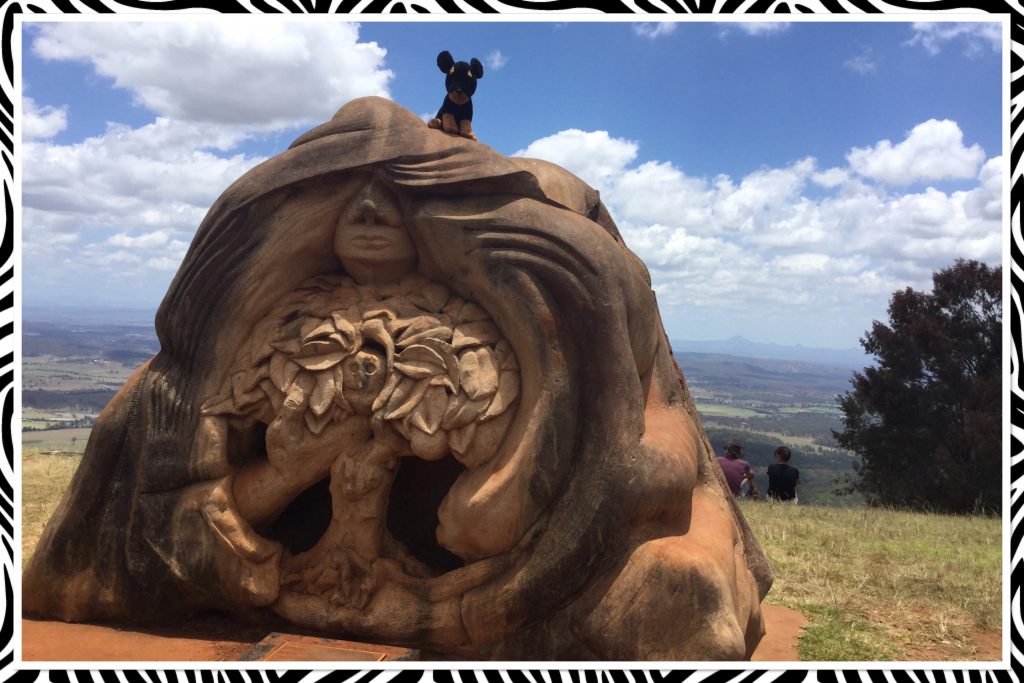 I’m on top of the world! Well on top of a sculpture called Visiting Earth Angel by Antoine Bruinsma. Isn’t she beautiful! 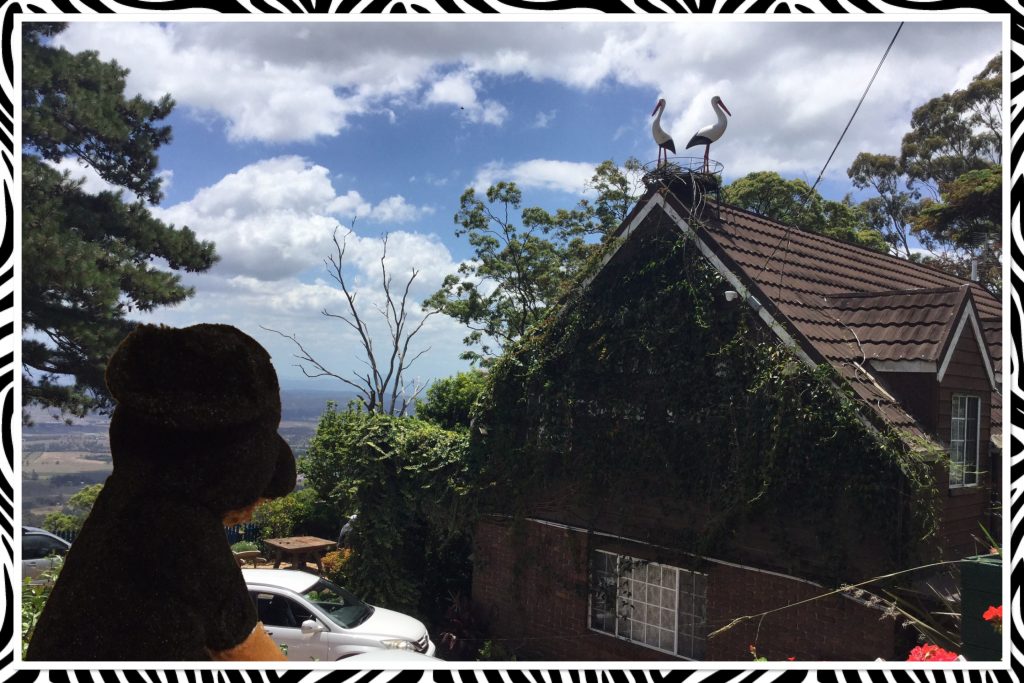 We were deciding where to have lunch and we stopped here at what was called The Polish Place. I say was, because it burnt down the day after we visited. There was a fire in the kitchen during the night and the fireman couldn’t save it. Such a shame! 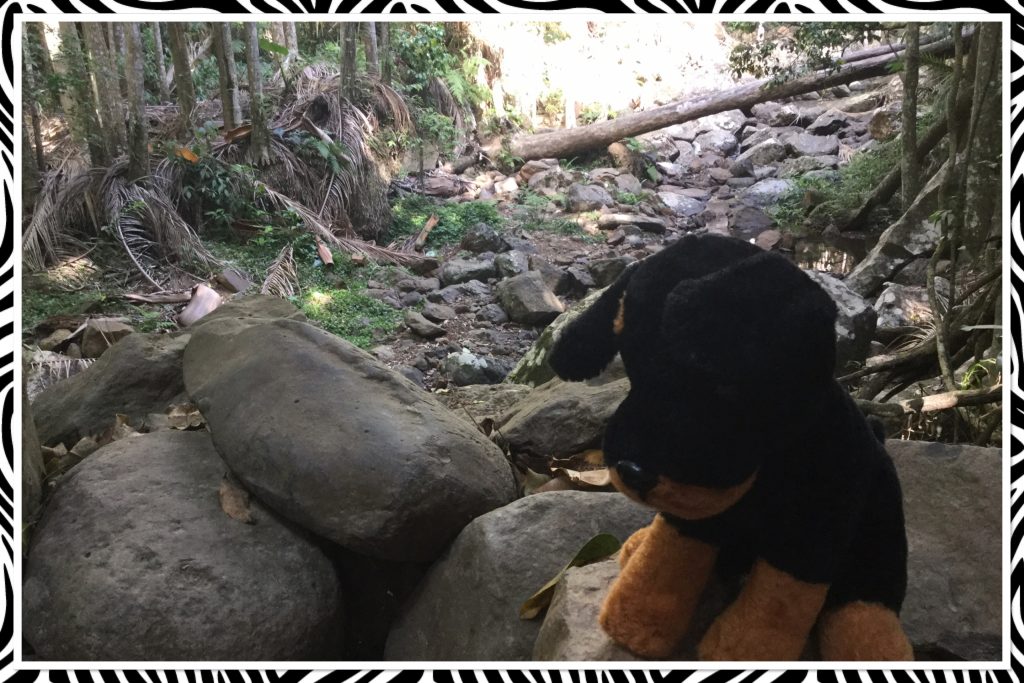 After lunch we went to a place called the Rainforest SkyWalk. The walk was a combination of forest floor trails, 300 metres of high-tech steel bridges through the highest points of the rainforests upper canopy, and a 40 metre cantilever bridge that soared a breathtaking 30 metres above Cedar creek and the rainforest below. The cantilever bridge was pretty scary as we were very high up and it was wobbling around like a bowl of jelly. Lucky I was tucked into my backpack very securely.

Gold coast hinterland, The Polish Place, Rainforest SkyWalk… Have I given you enough clues to solve the mystery of where I spent the day?