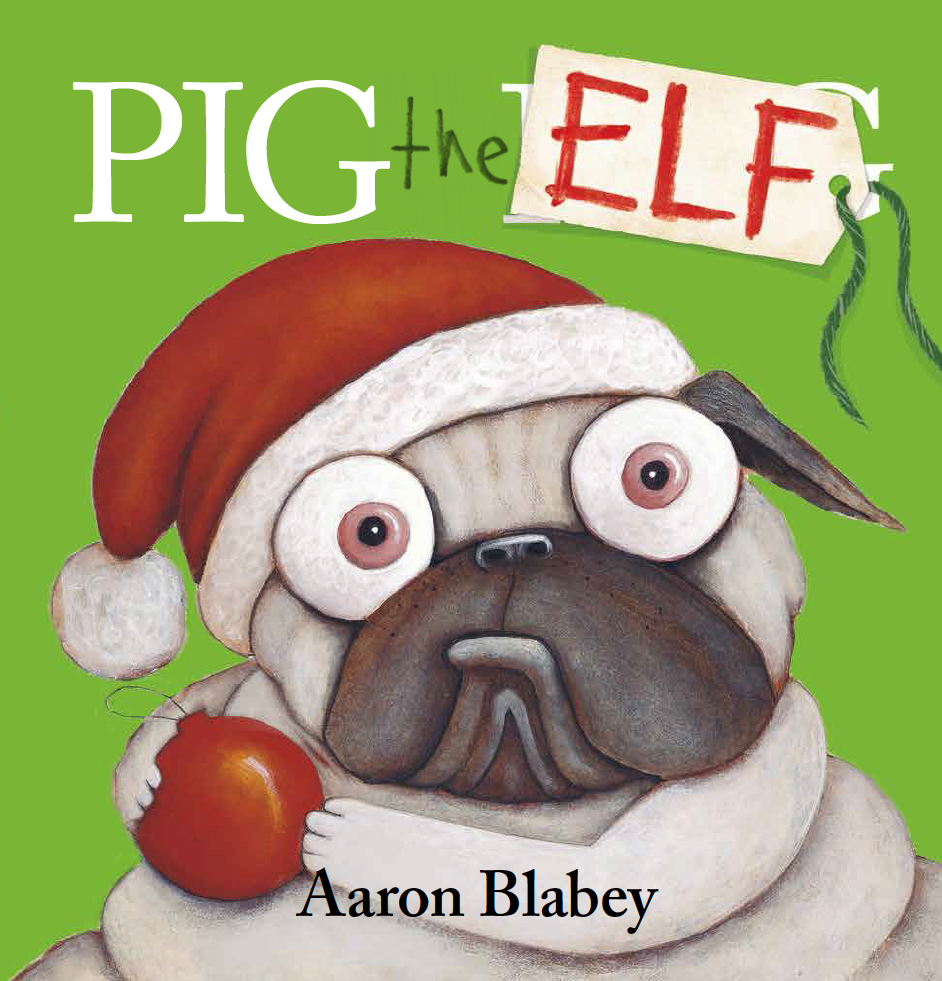 Yes everyone’s favourite pug is back again and ready to get into the spirit of Christmas. We all know that Christmas is a time for giving and sharing. Does that sound like Pig? This is another laugh out loud story from one of my favourite Australian storytellers, Aaron Blabey. Look out for it on our library shelves.

Which is your favourite Pig story?

You’ve got to love holidays! I’ve had a wonderful Christmas in Melbourne with my youngest son Geoff and his partner Naasicaa, spent precious time with my mum and sisters, enjoyed soaking up the sun and cooling off at the beach, and had lots of time to do what I enjoy most… reading!

I seem to have a thing going on with the number four at the moment. It began when Mrs O Shea passed on four books for the holidays by American author Mitch Albom. I devoured these before New Year; my favourite was titled ‘The Timekeeper’. This story resonated strongly with me and was a reminder that in this fast, hectic world, which is so dominated and dictated by time, we should replace the fear of losing time with an appreciation of the time we have.

During December I read three books from the ‘Text Classics’ series I bought for the library last year. This series has republished many of the best titles from past and present Australian authors. I enjoyed ‘Ash Road’ by Ivan Southall, ‘The Watcher in the Garden’ by Joan Phipson and ‘They found a cave’ by Nan Chauncy. I have just read ‘The House that was Eureka’ by Nadia Wheatley. Its central themes are homelessness and unemployment, both during the Great Depression and in contemporary Australia and is based on factual material about the Sydney anti-eviction campaign of 1931. I would highly recommend it for those who like to read historical fiction. If you are a fan of ‘Playing Beatie Bow’ by Ruth Park or Belinda Murrell’s time slip novels you’ll enjoy this.

Stuff Happens! Well it does to the boys from Monvale Primary school. Last week I read about the exploits of Michael and Ned. This morning I read about Jack and Sean. Jack invents a new game (You play, you pay) which goes terribly wrong and lands him in hospital and his friends in the principal’s office. You’ll have to read the book for the details, but needless to say I don’t think it’s a game Mr Brown would approve of. Sean’s story was about the dilemmas he faced moving house, starting at a new school and finding new friends. So far there are only four books in the ‘Stuff Happens’ series, but there are bound to be more. They’re a great read boys and on the 5/6 PRC list.

Lastly I have to admit to never having read any of Andy Griffiths ‘Treehouse’ series so the four of these are on my bedside table for next week.

Happy holiday reading everyone! I’d love to hear what you have been reading.