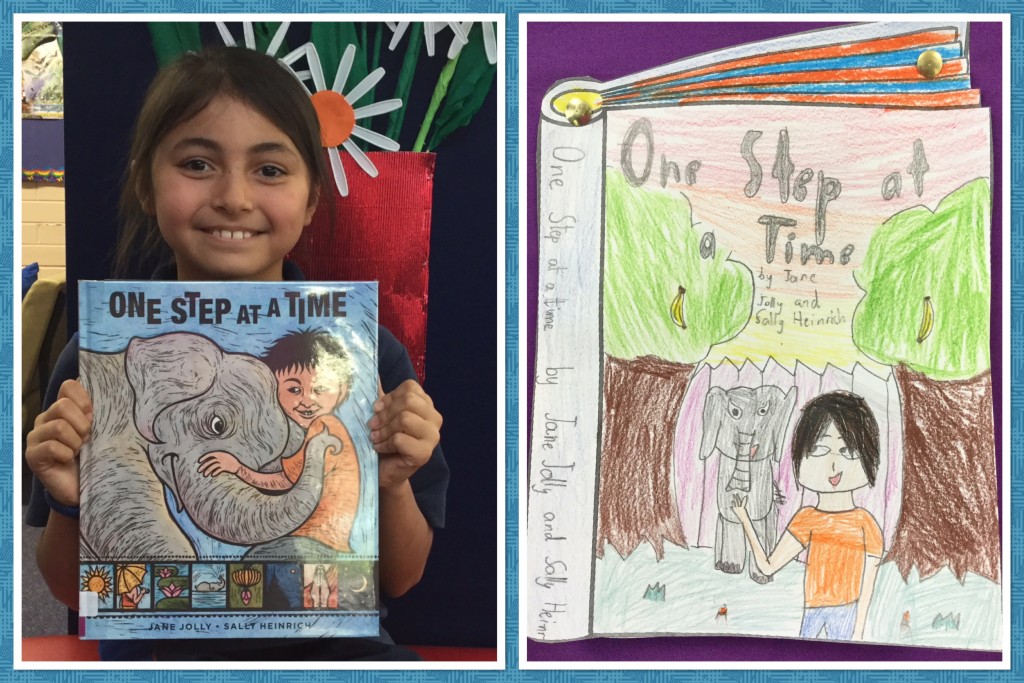 One step at a time by Jan Jolly and Sally Heinrich

Mali the elephant was looking for bananas.

The elephant, Mali, lost a leg and couldn’t stand up. Luk tried to help her. He took her to a cave made of ice then he ran off to a temple to get help. Then they went to a camp site where they made her a fake leg.

It made me feel sad because I think elephants are endangered species.